When Faith Hurts: The Spiritual Impact of Child Abuse

When Faith Hurts: The Spiritual Impact of Child Abuse 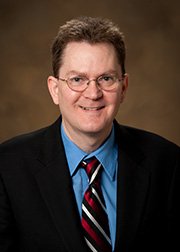 The little girl was weeping as she recounted to the police officer her history of sexual abuse at the hands of her father. When it was all over, when she had told all that she remembered, the police officer asked her if she had any questions for him. The child froze for a moment, and then began to play with her hair and stare at her toes. Slowly, nearly inaudibly, she asked “am I still a virgin in God’s eyes?”

This account, based on a real case, is not isolated. There is a large and growing body of research documenting that many abused children are not only impacted physically and emotionally but also spiritually. This may happen because a religious theme is used in the abuse of the child. In this particular case, the abusive father specifically told the girl she was no longer a virgin and, if she ever told, she could never wear white at her wedding. In other instances, a child simply has spiritual questions about the abuse. Many children, for example, may be hurt or angry that God did not answer their prayers to stop the abuse.

Although the spiritual impact of abuse can be devastating, research also documents that spirituality can be a source of resiliency for many children and that those who are able to cope spiritually, also do a better job of coping emotionally and physically. In this blog, I summarize the research on spiritual injuries, and offer some thoughts on improving our abilities to address this aspect of child abuse.

The spiritual impact of child abuse

There a dozens of studies, involving more than 19,000 children, detailing the spiritual impact of child abuse (Walker 2009). For example, a study of 527 victims of child abuse (physical, sexual or emotional) found a significant “spiritual injury” such as feelings of guilt, anger, grief, despair, doubt, fear of death, and belief that God is unfair (Lawson 1998).

When the perpetrator is a member of the clergy, the impact on the victim’s spirituality may be even more pronounced. Clergy abusers often use their religion to justify or excuse their sexual abuse of children. According to one study, clergy in treatment for sexually abusing children believed that God would particularly look after the children they had victimized and otherwise keep them from harm (Saradjian 2003). Through their religious role, these offenders also engaged in “compensatory behavior” and believed that their good works in the community would result in God excusing their moral lapses with children (McLaughlin 1994).

The religious cover used by clergy abusers is often communicated to the victims in a manner that irreparably damages their spirituality. Specifically, church attendance of these survivors decreases, they are less likely to trust God, and their relationship with God often ceases to grow (McLaughlin 1994).

The role of spirituality in coping with abuse

A number of studies suggest that spirituality is an intrinsic part of human development and may be particularly important to vulnerable children. In a study of 149 youth in an institutional care setting, 86% of these children considered themselves spiritual or somewhat spiritual (McLaughlin 1994).

Some researchers have found that a victim’s “spiritual coping behavior” may play either a positive or negative role in the survivor’s ability to cope with the abuse and with life in general (Gall 2006). Victims of severe abuse may remain “stuck” in their spiritual development such as remaining angry with God. Children abused at younger ages are “less likely to turn to God and others for spiritual support.” (Gall 2006). Nonetheless, even victims describing a difficult relationship with God “still rely on their spirituality for healing.” Victims who experience “greater resolution” of their childhood abuse are able to “actively turn to their spirituality to cope…rather than attempt to cope on their own.” (Gall 2006).

A number of studies document religiousness can moderate posttraumatic symptoms (Bryant-Davis 2012). For example, a study of 2,964 professional women sexually abused as children noted the survivors with no religious practices had significantly more post traumatic symptoms (Elliott 1994).

Although there is a substantial body of research on the impact of child abuse on boy or girl’s sense of spirituality, this research has been ignored by many professionals. At the undergraduate and graduate level, psychologists are often poorly trained to handle any aspect of child maltreatment (Champion 2003), much less the complicated issue of addressing the spiritual impact of trauma. Nonetheless, the American Psychological Association ethically mandates its members to consider religion in the treatment of a patient and the APA recently published a textbook to assist mental health professionals in addressing spiritual issues in child and adolescent therapy (Walker 2013).

In addition to mental health professionals, it is also vital that medical professionals, law enforcement officers, prosecutors, social workers and other child protection professionals acquire a working knowledge of spiritual injury research and routinely develop plans to assist maltreated children in addressing any spiritual questions or needs they may have. When a patient is diagnosed with a serious disease, such as cancer, it is common for medical providers to offer the patient spiritual care through the hospital’s pastoral care program. Child abuse is as traumatic as any disease and yet pastoral care and other workers are seldom involved in offering services to a child or a child’s family.

Finally, it is critical for all faith communities to improve the education of clergy and other spiritual leaders to recognize and respond to the spiritual impact of child abuse. This education should begin at the seminary level and must continue once in the field. A number of studies document that clergy are poorly trained on myriad aspects of child abuse. As a result, these clergy often lack knowledge of local resources and otherwise commit myriad errors in working with abused children (Vieth 2012).

We may never be able to prevent all cases of child abuse. We can, though, make sure we respond with excellence to the cases that come to light. To this end, we can no longer ignore the large body of research on the spiritual impact of child abuse. We must be proactive in educating our communities about this research and responding in a more culturally sensitive manner.