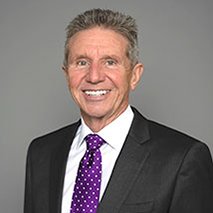 Robert Hugh Farley MS, served as the commanding officer (retired) of the Cook County Sheriff’s Police, Child Exploitation Unit in Chicago and was a highly decorated Detective, Unit Supervisor and Deputy U.S. Marshal. As such, Robert has had over 28 years’ experience investigating and supervising all aspects of child abuse crimes – from sexual abuse to child homicide.

In 2007, Robert supervised the internal investigation following sexual abuse allegations at Oprah Winfrey’s School for Girls in South Africa. In 2011, Robert became the first police officer to conduct a child sexual abuse training seminar for the clergy in the Vatican, and returned in both 2015 and 2018 to conduct child sexual abuse trainings for the clergy and administration. In 2012, Mr. Farley collaborated with the Boys Scouts of America following the court ordered release of the ineligible volunteer or so called “perversion files.”

As an internationally recognized expert, consultant, author, and instructor in child abuse investigation techniques, Robert has conducted thousands of child abuse investigation training seminars for the U.S. Department of Justice, the F.B.I. and the National Center for Missing and Exploited Children. In addition, Mr. Farley has conducted seminars in all 50 of the United States and in 22 different countries for INTERPOL. As a result of his unique training curriculum, the numerous investigative techniques Robert developed have been implemented by thousands of police departments, child protection agencies, child advocacy centers, MDT’s and prosecutors throughout the world. Mr. Farley is currently a distinguished member of Zero Abuse Project’s Speakers Bureau.