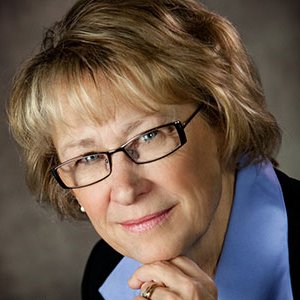 Patty Wetterling is the mother of Jacob Wetterling, who was abducted at the age of eleven, by a masked gunman on October 22, 1989 near his home in St. Joseph, Minnesota. Following a nearly 27-year search, Jacob’s kidnapper and murderer confessed and the truth about what happened that night was finally revealed. Patty has become a nationally recognized educator on the issues of child abduction and sexual exploitation of children. Fighting for the safety of all children, Patty and her husband Jerry co-founded the Jacob Wetterling Foundation (now the Jacob Wetterling Resource Center, a part of Zero Abuse Project Health Systems) to educate communities about child safety issues in order to prevent child exploitation and abductions.

Co-founder and Past Director of Team H.O.P.E., a national support group for families of missing children, Patty is also a founding member and past president of the Association of Missing and Exploited Children’s Organizations (AMECO) and immediate past Chair of the Board of Directors for the National Center for Missing and Exploited Children. She has co-authored two books, “When Your Child is Missing: A Family Survival Guide” along with four other families, and “Perspectives on Missing Persons Cases” released in the fall of 2015.

Patty was instrumental in the passage of the Jacob Wetterling Crimes Against Children Sex Offender Registration Act on the state level as well as part of the 1994 Federal Crime Bill. She was instrumental in establishing the statewide AMBER Plan in Minnesota and was a keynote speaker for the very first AMBER Plan training in Dallas, Texas. Patty has presented at four Missing Children’s Day Ceremonies in Washington DC with John Walsh and Attorneys General Janet Reno, John Ashcroft, Eric Holder, and Loretta Lynch. Patty served on a panel at the very first White House Conference on Missing, Exploited, and Runaway Children in October 2002, sponsored by President George and First Lady Laura Bush.

Currently, Patty presents Victim Impact sessions for law enforcement training programs (Investigative Strategies for Child Abduction Cases) and Amber Alert and Technical Assistance trainings. She is called on frequently as an independent consultant and joined the Zero Abuse Project’s Speakers Bureau in 2015. Although she has become a highly recognized child advocate, Patty has never given up hope. She often says, “I’m just Jacob’s mom trying to fight for the rights of children to grow up safe and to be able to follow their dreams.” Patty is a dynamic and passionate speaker with a powerful message.

Don’t Give up Your Dreams

Patty will describe the dynamics of child abduction, sexual exploitation and how it affects community. She will share her life commitment to fight for a world where children have the right to grow up safe and follow their dreams.

How I Wonder Where You Are

Patty will share her personal story of the investigation following her son’s abduction as well as lessons learned from working with hundreds of searching families across the nation. She will offer suggestions as to what was helpful, what could have been better, and how to best keep long term missing cases alive and active.

Patty will share lessons learned about child safety following her son’s abduction. Keeping kids safe is an adult responsibility. It is not the child’s responsibility to not get kidnapped! We need to watch who is watching our children and give them the age appropriate tools to know what to do when then have questions. We also need to teach our children about relationships and respectful boundaries so that they don’t grow up to become someone who would exploit another.
VIEW SPEAKERS
VIEW OUR TEAM