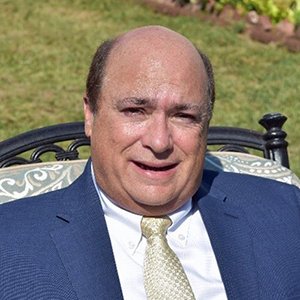 As a survivor of clergy sexual abuse Mark has advocated for victims of sexual abuse and victims for more than 25 years. After completing two years of college at Don Bosco seminary in New Jersey, Mark began working with MaleSurvivor, serving as a member of the conference committee and later elected to serve as a Board member and officer.

Mark has presented workshops at conferences and has been a guest speaker at many colleges and universities, discussing male sexual victimization and clergy abuse. He currently serves as NJ SNAP leader, holding monthly support group meetings for those sexually abused.

Mark is one of three main subjects featured in the documentary “Boys and Men Healing”, as he discusses the impact of sexual victimization, the healing process and ultimately his decision to advocate for other survivors of sexual victimization by changing laws. He was a guest of Oprah Winfrey’s award winning 2 part episode of “200 Men Abused as Children”. In 2010 Mark was one of 29 survivors and advocates invited to the White House for a 2-day round table discussion on sexual abuse and violence in America. He is particularly proud of his collaboration which led to the federal definition of rape being amended to include the rape of boys and men.

Mark has been employed as a manager and supervisor for both Continental and United Airlines for more than 27 years. He has served on the board of its charity “United We Care” supporting employees in need. He has led fundraising efforts for Special Olympics and March of Dimes for many years, raising tens of thousands of dollars for those charities.

Mark enjoys saltwater fishing, golf and of course, traveling. He is happily married to his wife Geralyn and has three children, Rebecca, Sarah and Joshua.