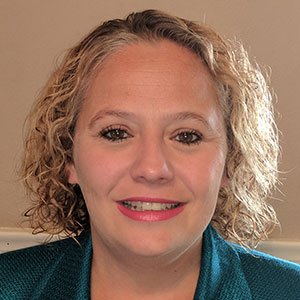 Danielle Buckley, JD, is a Senior Assistant Prosecutor at the Atlantic County Prosecutor’s Office in Mays Landing, N.J. She is currently assigned to the Special Victim’s Unit (SVU) where she handles cases of child and adult sexual abuse, computer crimes, financial crimes and human trafficking. Danielle has served as her office’s Human Trafficking Liaison to the N.J. Division of Criminal Justice since 2005, and in this regard, has presided over numerous human trafficking investigations and prosecutions. She is certified by the Attorney General’s Office to teach Human Trafficking, and has used that certification to educate the law enforcement community, school administrators, school-aged children, faith-based organizations and various women’s groups on the complex issues surrounding human trafficking cases.

In 2009, Danielle became the first prosecutor to charge human trafficking in Atlantic County, and in 2015, secured its first conviction in which she successfully prosecuted a trafficker who was sexually exploiting seven different women. In 2015, she handled the very first Petition for Vacatur and Expungement in New Jersey, thereby allowing a human trafficking victim to have their prostitution and prostitution-related convictions vacated and expunged.

Prior to her assignment in SVU, Danielle was assigned to the Trial Team where she prosecuted a variety of cases including drugs, firearms, assaults, robberies and promoting prostitution cases. She previously served in the Grand Jury and Special Litigation Units, clerked for the Honorable John E. Wallace, J.A.D. in the Appellate Division, and worked in private practice in Princeton, N.J. Danielle received a B.A. in Professional Writing and Journalism from The College of New Jersey and her J.D. from Rutgers University School of Law-Camden. She joined our speakers bureau in 2017.

Participants will study the dynamics of forced labor including those surrounding commercially sexually exploited children. The presentation will cover actual cases and how to prosecute them.

Preparing the Child Victim for Court

Participants will identify the ways in which defense attorneys will attempt to discredit the victim and his/her reputation as well as ways to combat that in court.
VIEW SPEAKERS
VIEW OUR TEAM