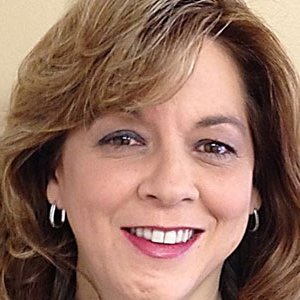 Cynthia L. King is licensed in the State of Pennsylvania as a Licensed Clinical Social Worker (LCSW) and in Ohio as a Licensed Independent Social Worker – Supervisor (LISW-S). She holds a master of science degree in Social Administration from Case Western Reserve University. She has over 24 years of experience specializing in the assessment and treatment of juvenile and adult sex offenders, sexually reactive youth and victims of sexual abuse and their families. She brings to her training a vast experience as a former caseworker, founder of two multidisciplinary teams and as former executive director of the Jefferson County Children Services Board located in Steubenville, Ohio. She also successfully wrote grants and was an integral component, for developing two child advocacy centers located in the State of Ohio. For over 20 years, Mrs. King has provided consultation to mental health professionals and agencies on providing therapeutic services to victims of sexual abuse, their family members and the offending individual. She also developed a residential treatment program for sexually acting-out adjudicated youths. Mrs. King has written over 14 curriculum’s, in four states, which she has trained on a national level. These curriculum’s have included an overview of child sexual abuse, five day training on the supervision of sexual abuse cases, working with non-offending parents, the assessment and treatment of both juvenile and adult sex offenders and the psychological maltreatment of children. Mrs. King co-wrote and co-piloted a six month forensic interviewing program for caseworkers which included a training and field observation component. She also provides consultation to child advocacy centers and child welfare agencies regarding their forensic interviews. In 1996, Ms. King was selected as the Trainer of the Year by the State of Pennsylvania’s Child Welfare Competency Based Training Program and the Northeast Ohio Regional Training Center.

Mrs. King is currently on the Governor’s Sex Offender Assessment Board in Pennsylvania where she conducts parole assessments for adult male and females who have committed sexual offenses against children. She also conducts numerous sex offender assessments for the Federal Bureau of Prisons. Mrs. King’s recent endeavors include proving sex offender assessments and individual treatment for males who have been convicted of child pornography crimes. Mrs. King is also on the Attorney General’s list of expert witnesses in reference to child sexual abuse cases within the State of Ohio. She typically testifies to the disclosure process of children and the forensic interview conducted by law enforcement officers or caseworkers. Mrs. King is a member of the Association for the Treatment of Sexual Abusers (ATSA) and the American Professional Society on the Abuse of Children (APSAC) and the National Association of Social Workers.

Mrs. King is known for her high-energy presentations that include a sense of humor and commitment to improving the lives of children and their families.

In addition to these trainings, Cynthia would be happy to develop a particular training to fit your group's needs.
VIEW SPEAKERS
VIEW OUR TEAM