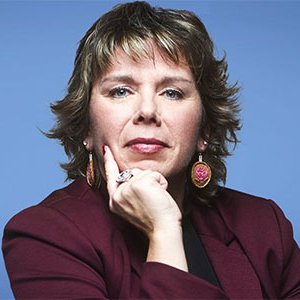 In 2016, Judge McKeig was appointed by Governor Mark Dayton as the first Native American Associate Justice of the Minnesota Supreme Court and the first Native American female to sit on a U.S. state’s highest court. From 2008 to 2016 she served as a District Court Judge in the Fourth Judicial District and was Presiding Judge in Family Court. While there, her Court was chosen as one of four sites in the country to work on a three year pilot program to examine how the court addresses domestic violence in contested custody and parenting time matters, including order for protection proceedings.

In addition to being a member of GNCPTC’s Speakers Bureau, Anne is past chair and current board member of the Board of the Division of Indian Work, and is a frequent presenter at many local and national conferences speaking on the issue of Indian Child Welfare cases, adoption matters, child well-being, and the intersection of family court and child protection. Anne is a member of two NJFCJA advisory committees including its Child Protection and Custody Advisory Committee, board member of the Minnesota Organization of Fetal Alcohol Syndrome, and a Trustee for St. Catherine University in St. Paul. Judge McKeig is an adjunct professor at Mitchell Hamline School of Law, teaching a curriculum entitled Child Abuse and the Law which she co-authored. Judge McKieg has authored several articles on ICWA and domestic violence issues. She is a proud descendent of the White Earth Nation and equally proud mother of 5 children.

Judge McKeig earned her B.S. from St. Catherine University and her J.D. from Hamline University School of Law where she also holds an honorary Doctor of Law degree.

The Indian Child Welfare Act was passed in 1978 by the Federal Government. It’s passage was a congressional response to the alarming number of Indian children who were removed from their families and tribes by non-tribal public and private agencies. One of the major cornerstones of ICWA is the recognition of the importance of the role of the tribe in making decisions on behalf of their children. Furthermore, ICWA recognizes the sovereignty of the tribe and Native peoples. Recognition of these principles resulted in the ICWA jurisdictional and procedural requirements that must be followed in any state court proceeding. Training involves a discussion of when ICWA applies, and in depth discussion of the legal procedures that must be followed which include membership vs. enrollment status, notice to the Tribe(s), active efforts, and expert testimony. Discussion of legal standards for review, rights of intervention by tribe and transfers of jurisdiction. Discussion of placement preferences and options for permanency including customary adoptions. Discussion of the importance of creating a respectable working relationships with tribes with whom state agencies work with.
VIEW SPEAKERS
VIEW OUR TEAM