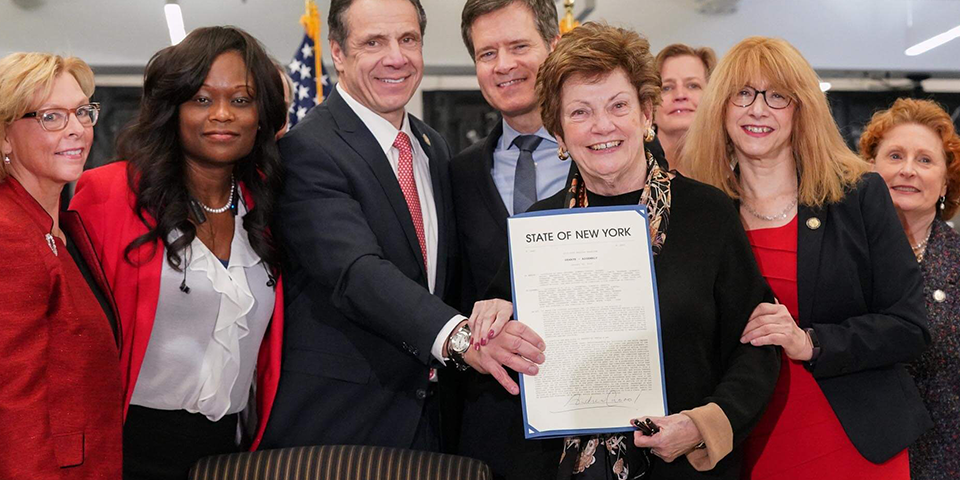 New York, NY (August 14, 2019) – Advocates and survivors of child sex abuse Joelle Casteix, Jeff Dion, and Bridie Farrell today issued the following statement regarding a one-year window opening in New York, during which time the civil statute of limitations on child sex abuse is lifted. The window allows any survivor to levy a suit against their abuser and the institution who covered up the abuse, regardless of how long ago the abuse occurred. The window was created under New York’s Child Victims Act.

“Today is a critically important day for survivors of child sex abuse. The Child Victims Act has returned survivors agency over their own bodies. It has given them the power and ability to come forward, find justice, hold accountable predators and the institutions who covered for them, and set off down a path of healing.

“We stand with all survivors who today and in the future choose to come forward and file a civil suit against the predators who abused them and the institutions that covered up the abuse. We believe you and support your decision to come forward however, whenever, and if-ever you choose to. It is the duty of all of us to foster a culture of disclosure in which survivors feel comfortable and supported coming forward.

“The sheer volume of lawsuits filed today is both simultaneously heartbreaking and encouraging.

“It is indicative of just how deep-rooted the problem of child sex abuse is in our country. Predatory behavior has been covered up for decades by the very institutions entrusted to protect our children – churches, the Boy Scouts, youth sports organizations, schools, and more. However, today is also a demonstration of just how far our country has come in supporting and believing survivors. Just a few short years ago, it would be unthinkable to see so many survivors come forward to seek justice and heal.

“In addition to providing justice and healing to survivors, the Child Victims Act may serve as a powerful tool for prevention. Reforming statute of limitations laws will change the perverse incentive structure which encourages institutions to cover up child sexual abuse. With narrow statutes of limitations, institutions had to wait just a short time before they no longer could be held accountable for their actions and could keep their reputations intact. By reopening and expanding the statute of limitations, institutions will now be incentivized to quickly deal with predators, implement policies that prevent child sex abuse, and protect kids.

“The tide is changing – predators and the institutions who harbor them are facing a reckoning. We can help survivors find justice, we can stop child sex abuse, and we can protect kids.

Joelle Casteix is a survivor of child sexual abuse. She was abused by her high school choir director at Mater Dei Catholic High School in Santa Ana, California, and her civil lawsuit was part of the 2005 Orange County Diocese settlement. Joelle is a founding board member of Zero Abuse Project and a leading global advocate for survivors of child sexual abuse and cover-up.

Jeff Dion is a survivor of child sexual abuse. As a child in Florida, when he was seven, Jeff was abused by an older juvenile. He is an attorney, the CEO of Zero Abuse Project, and a nationally recognized survivor advocate.

Bridie Farrell is a survivor of child sexual abuse. At age 15, she was abused by her 33-year-old teammate on the U.S. Speedskating team. The abuse occurred in New York and she can file under the CVA. Bridie is the CEO of NY Loves Kids and a nationally recognized survivor advocate.