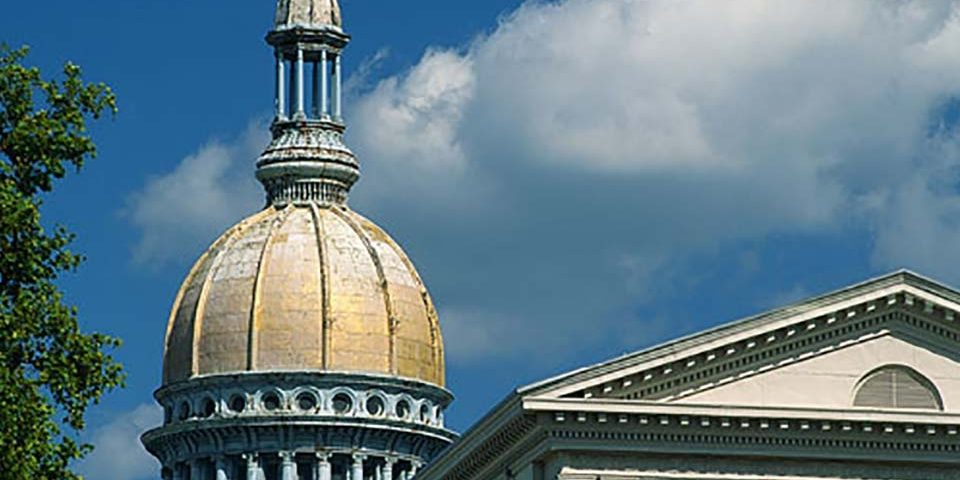 TRENTON, N.J. – Sunday, December 1 marked the enactment of New Jersey’s expanded civil statute of limitations for sexual assault. The new statute places the Garden State at the forefront of the nation for survivors of sexual assault who want to access the civil justice system.

In addition, the new statute also opens up a two-year window, for survivors whose civil claims were previously time-barred by the more restrictive statute.

Advocates, lawmakers, and experts all hailed the new law.

“Today is a milestone. After so many years, and such a long fight, the law that expands the statute of limitations for sexual assault is now in effect,” said Senator Joseph Vitale, D – N.J. LD19. “Victims can file their civil cases and begin, within the legal system, their journey to justice. I’d like to point out again that we would not be here without the selfless actions and advocacy of so many victims across the state who poured their hearts out to create change. We are here, announcing this law is in effect, because of them. I hope the news that victims can begin filing their cases under this new law spreads far and wide, and we hold the perpetrators and institutions accountable everywhere we can.”

“It can be hard for victims of sexual assault to come forward. That’s why the expansion of the statute of limitations was extremely important,” said Assemblywoman Annette Quijano, D – N.J. LD 20. “These were the most traumatic moments of a survivor’s life and they deserve the time to seek justice.  The legislation I sponsored in the Assembly was necessary and I am proud of the work we did in the legislature to bring this issue to light. Now, with the law in effect, many sexual assault victims have the opportunity they need to obtain justice for the wrongs committed against them.”

“This is a momentous day for many survivors,” said Patricia Teffenhart, executive director of the New Jersey Coalition Against Sexual Assault (NJCASA). “For too long, survivors of sexual assault in New Jersey were being cut off from this very specific form of justice, unjustly placing the financial impact of the crimes committed against them on their shoulders, rather than those of their abusers. And we know that sexual violence has significant financial impacts on its victims, along with emotional, psychological, and physical impacts. On average, the lifetime economic burden of sexual assault is $122,461 – encompassing losses in workplace productivity, physical and mental health costs, and lost tuition payments, among others. For many survivors, this change will allow the cost to be placed on the person or entity that caused harm, not the person who experienced harm. We thank Senator Vitale and Assemblywoman Quijano for being our fiercest advocates in the New Jersey Legislature, and we are endlessly grateful for the dozens and dozens of survivors who came to Trenton, shared their stories, and highlighted how enormous the impact of this legislation would be. Today, the pathway to justice widens for survivors in the Garden State.”

“Victims of crime should be entitled to justice. It is particularly egregious when a crime is a sexual assault,” said Sen. Declan O’Scanlon, R – N.J. LD13. “This law creates a path for victims of sexual assault to finally hold accountable those that wronged them- to empower those harmed and finally give them a sense of deserved justice, to truly begin the healing process.”

“The protections of the law and the doors of the courthouse are now open in new and important ways to victims of sexual assault,” said Craig Hubert, Trustee of the New Jersey State Bar Association.  “The extended  statute of limitations recognizes the unique circumstances faced by survivors of abuse and provides them the additional time they need to come forward and take affirmative steps to seek damages for the harms done to them in the past. Today is an important one because sexual abuse — especially when it is done to a child — by its nature is so different from other conduct at the heart of other causes of action. Due to their tender age and inability or reluctance to tell someone about the abuse, those abused as children deserve to be treated differently. Indeed, each victim must come to terms with the abuse and its consequences before they can even begin to consider turning to the courts. These victims deserve to have a fair opportunity to assert these claims in the courts and have a judge and jury consider the claims in a due and just process. This law continues to provide important limits, to ensure just treatment of all parties, but does so in a manner that recognizes the unique circumstances of the situation. As with any new law, The New Jersey State Bar Association stands ready to monitor its launch and aid parties in overcoming any road bumps they may encounter.”

“New Jersey’s reforms to the statute of limitations for child sexual assault mark a critical turning point for survivors in the Garden State. The two-year civil window and expanded civil statute of limitations will empower survivors to seek justice and hold accountable predators and the institutions – both public and private ones – who engaged in criminal cover-up,” said Jeff Dion, CEO of Zero Abuse Project. “Moreover, the new law will serve to identify and exposure both perpetrators and institutions that cover up child sexual assault. This will help protect kids from future abuse. We thank Governor Murphy, Senator Vitale, and the New Jersey Legislature for the passage of this critical new law. Because of their actions, child sex predators and the institutions that harbor them are facing a reckoning. We can now help survivors find justice, we can stop child sex abuse, and we can protect kids.”