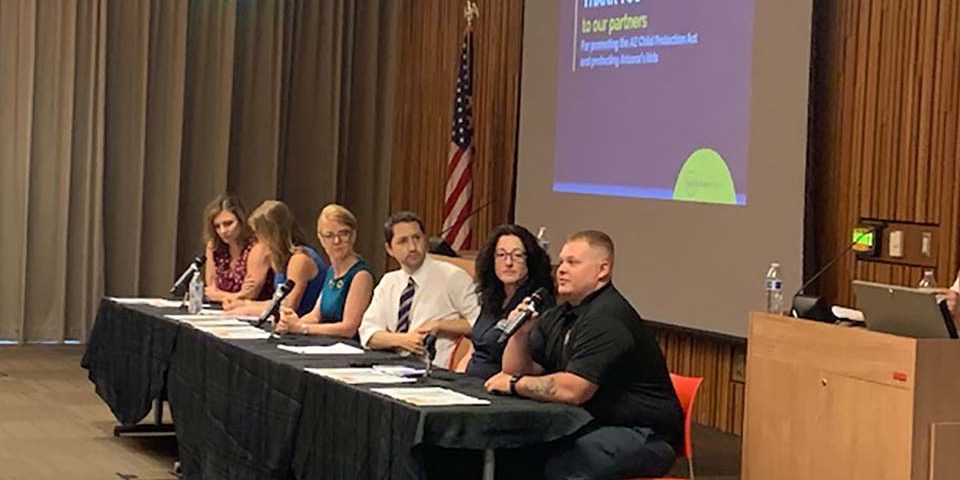 Residents from across the Phoenix area were educated about the changes to the statute of limitations brought about by the AZCPA, which was recently signed into law. “I was proud to sponsor the AZCPA to give survivors more time to process what happened to them and take action. With the law now passed, it’s critical that survivors, their families, and the professionals who work with them know their new rights and know that there are organizations ready and waiting to help them in their journey,” said Senator Paul Boyer, lead sponsor of the AZCPA.

According to the Centers for Disease Control and Prevention, survivors of child sexual abuse are at a higher risk for cancer, heart disease, depression and suicidal thoughts, maternal health problems, and addiction that cost survivors as much as $283,000 in their lifetime, adding billions of dollars to the U.S. health care system.  A 2018 study at the Johns Hopkins Bloomberg School of Public Health found that “the annual economic impact of child sexual abuse in the U.S. is far-reaching and costly: In 2015, the total economic burden was approximately $9.3 billion and includes costs associated with health care, child welfare, special education, violence and crime, suicide and survivor productivity losses.” Acknowledging and estimating the economic burden of child sexual abuse in the U.S. is a critical step for drawing attention to the need for more robust prevention efforts, which include an increase in federal funding for child sexual abuse prevention research.

“The new AZCPA will help ensure that survivors of child sex abuse are able to hold their abusers accountable. I applaud the Zero Abuse Project and their advocacy partners for helping ensure that survivors and others across Arizona know about this pivotal new law,” said Senator Heather Carter, co-sponsor of the AZCPA.

The AZCPA expands Arizona’s formerly restrictive statute of limitations, a legal term referring to the deadline an individual has to initiate legal proceedings, by ten years, and also opens up a window until December 31st, 2020 known as the “look back” period, where survivors can file a civil lawsuit against perpetrators or institutions regardless of when the offense took place. “By empowering more survivors to come forward, this law also removes the perverse incentives that currently exist for institutions who cover up abuse. Now, they can’t simply wait and hope survivors won’t come forward in a narrow window so that their reputation can avoid criticism. The Arizona Child Protection act is an enormously impactful tool to stop abuse and protect kids,” added Zero Abuse Project’s Bridie Farrell, who is a survivor of child sexual abuse.

“Arizona once had some of the most stringent statute of limitations restrictions nationwide. This new law will help ensure that survivors can seek justice while exposing abusers and negligent institutions, which will in turn protect the children who are in these institutions’ care,” said Joelle Casteix, Zero Abuse Project board memberand also a survivor of child sexual abuse.